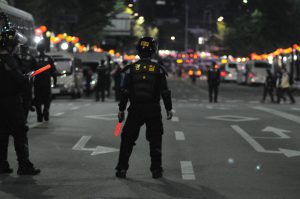 Prison time has now doubled for assaulting an emergency worker.

The maximum sentence for assault doubles from 6 to 12 months in prison.

The new law will also mean that judges must consider tougher sentences for a range of other offences – including GBH and sexual assault – if the victim is an emergency worker.

“Assaulting prison officers or any emergency worker is not just an isolated attack – it represents violence against the public as a whole. Every day these public servants do extraordinary work on our behalf, and they must be able to do it without the fear of being assaulted. Our message is clear – we will protect our emergency services and violence towards them will not be tolerated”.

“Physical assaults remain a fact of life for many healthcare workers, from A&E to community services. This bill is the first step towards changing that for good. From now on, anyone who wilfully assaults a healthcare worker will feel the full force of the law and can expect a tougher sentence if found guilty. The RCN has campaigned tirelessly for this law. Our negotiations have ensured it covers as many healthcare workers as possible, including community and district nurses, and alongside other emergency workers’ representatives we successfully expanded the scope of the bill to include sexual assault”.

There is already a specific offence for assaulting a police officer, but for the first time similar protection will be extended to anyone carrying out the work of an emergency service. The law also provides extra protection to unpaid volunteers who support the delivery of emergency services.

Hopefully this legislation will encourage lone workers to report all concerns to their employer and ensure that risks are clearly identified and minimalised to reduce the possibility of something going seriously wrong. A worker who has been involved in an unpleasant incident can require several months recovery time following a traumatic experience.