Learn how Lookout Call has provided lone worker safety for its customers.

Lookout Call has a growing series of testimonials from its customers; here are some of their stories.

Ormiston Families has been supporting children, young people and their families across East Anglia ever since 1969 when Fiona Ormiston Murray and her husband were tragically killed in a car accident on their honeymoon. The Murray Family established the Ormiston Trust to create a living memorial to a woman who loved children but was denied… Read Full Case Study “ORMISTON FAMILIES” 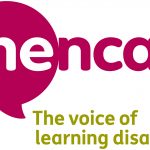 Mencap, the leading UK charity that fights for the rights of people with a learning disability, has purchased 3000 licenses for Lookout Call, a mobile-based lone worker safety system. The service will be used initially by community-based support staff in the charity’s Housing and Support Services. Their roles vary greatly and include visiting people with… Read Full Case Study “Mencap boosts lone worker protection with Lookout Call”

Addaction works with people affected by drugs and alcohol to reduce and end their dependencies. The charity manages over 120 treatment services across England and Scotland, and offers support to the friends and family of those affected by addiction. Recovery for all service users is Addaction’s ultimate ambition. But the charity recognises that… Read Full Case Study “Lookout Call offers ‘affordable staff safety’ says Addaction” 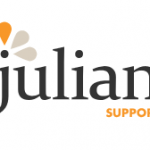 CEDA is an Exeter-based charity that provides support services to disabled people. The charity was set up in 1988 by a group of parents who wanted positive futures for their adult children. Thirteen years ago CEDA expanded and began working with children too. The charity prides itself on finding imaginative and creative ways to work… Read Full Case Study “CEDA chooses Lookout Call”

Cambridge Cyrenians, a registered charity that provides supported accommodation for single, homeless people in Cambridge, is using a customised version of Lookout Call, to enhance the lone worker protection of staff members and volunteer workers, as part of its overall health and safety policy. The Cyrenians has nine hostels throughout the city and these are… Read Full Case Study “Cambridge Cyrenians impressed with customised Lookout Call system”